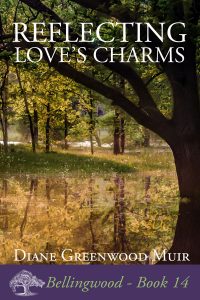 Get the Kindle Version:

Polly Giller dreams of bringing the old Springer House back to life. In order to do so, she is willing to put in her share of backbreaking work, as long as the house’s secrets don’t end up hurting her. Renamed for the original owner, the Bell House is only beginning to reveal its many stories. This chapter takes us back to the early days of its existence and Iowa’s contribution to the whiskey trade. There might be no such thing as ghosts, but don’t tell that to the Bell House.

Rebecca’s birthday  and Mother’s Day are coming up, but before they can celebrate, something frightens Stephanie Armstrong enough to grab her sister, Kayla, and run. Rebecca is devastated at losing her best friend, Jeff Lyndsay is beside himself at the loss of his right hand gal, and Polly has no idea how fix the situation.

Sal Kahane had been enjoying a perfectly wonderful pregnancy until her mother’s announcement that she would be attending the baby shower. Nobody was expecting that. Lila Kahane sees life through a very different lens than her daughter and makes for a fascinating guest in Bellingwood.

Chaos has erupted once more around Polly. All she can do is hold on to her friends and family as she finds her way through the turbulence ahead.