Not too many days ago, I walked down memory lane in a post for National Siblings Day. But now, I have a good reason to tell more stories about my brother. It’s his birthday.

He really didn’t have it easy. He came into a family with two little girls who were actually pretty obedient. From the very beginning, he made sure that Mom and Dad weren’t going to just accept easy as the norm. He was the one who had stitches, who broke his arm, who tried to electrocute himself, who got in trouble with … well, anyone. He had no intention of following in our footsteps.

Jim probably has the highest IQ of the three of us, yet his grades totally stunk, because he simply wasn’t going to play that game. When it came time to go to college, Carol and I stuck close to home and Jim said ‘nope, bye-bye’ and left the state. He flat out ignored expectations and forged ahead on his own. No one was going to limit him except himself and no one was going to tell him what to do. 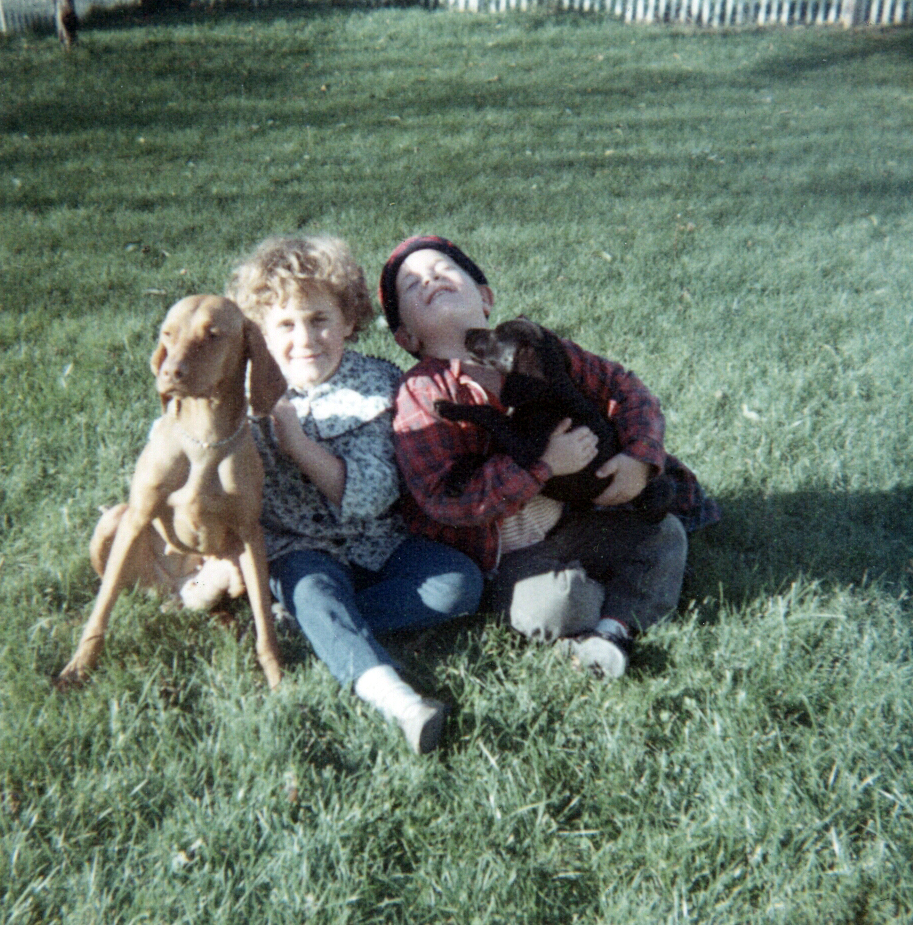 Mom named both me and Carol with the full intention of no one ever shortening our names. It was a deliberate move. However, once there was a boy in the mix, she wanted to honor family members, so James Arthur was named. However, Mom refused to have a ‘Jimmy’ running around in her life, so she is the one who shortened his name immediately to Jamie. Funny thing … we moved to a new community after his freshman year in high school and his independent streak popped out again. The first Sunday after church, when he introduced himself, out popped “I’m Jim. Jim Greenwood.” All of us looked at him in shock and he gave us an “I dare you to challenge me” look. That was it. He was Jim.

He tested Mom’s patience over and over. When we moved into a new parsonage in Sigourney, she found little piles of ash all over our basement where young firestarter boy fed his need for bad behavior. I remember her being quite grateful that the house was still standing.

This boy (and a buddy) poured laundry soap in our local fountain. When one of my best friends was watching them for a week while the rest of us were on a mission trip, he and this same friend … refilled a 2 liter mountain dew bottle (what else looks like Dew?) and put it back in the refrigerator. Fortunately, I have smart friends.

He is five years younger than me, which means that until I was out of college, he was just a pain the neck. His pranks annoyed me and I’m sure I was fairly free with my disdain for him. Fortunately, I had a year at home between college and my first job. That was his senior year in high school and we discovered a friendship that had never existed. I’m thankful for that.

Mom died before Jim had a family. I’m sorry she’s missed that. It would have given her a lot of joy to watch him be a dad … all responsible and stuff. As his kids started making their way through the vagaries of childhood into adulthood, I waited for him to tell some of his crazy stories. I wasn’t going to tattle on him, first. I don’t know how many of his mistakes he’s shared with them, but those are part of what turned him into the good dad that he is.

Jim is the best story teller among us. When he starts telling tales, I excuse myself to go to the bathroom first, because I know that once he gets started, I’m going to be laughing and crying without reservation. He’s the only person who has ever put me … literally … on the floor because I was laughing so hard. I can’t believe I survived that night.

We’re having a lot of fun right now – writing books in tandem. It’s been a great experience to share with him. It is nice having someone you trust to share ideas with, knowing they’ll go nowhere else until it’s time to put them out into the world.