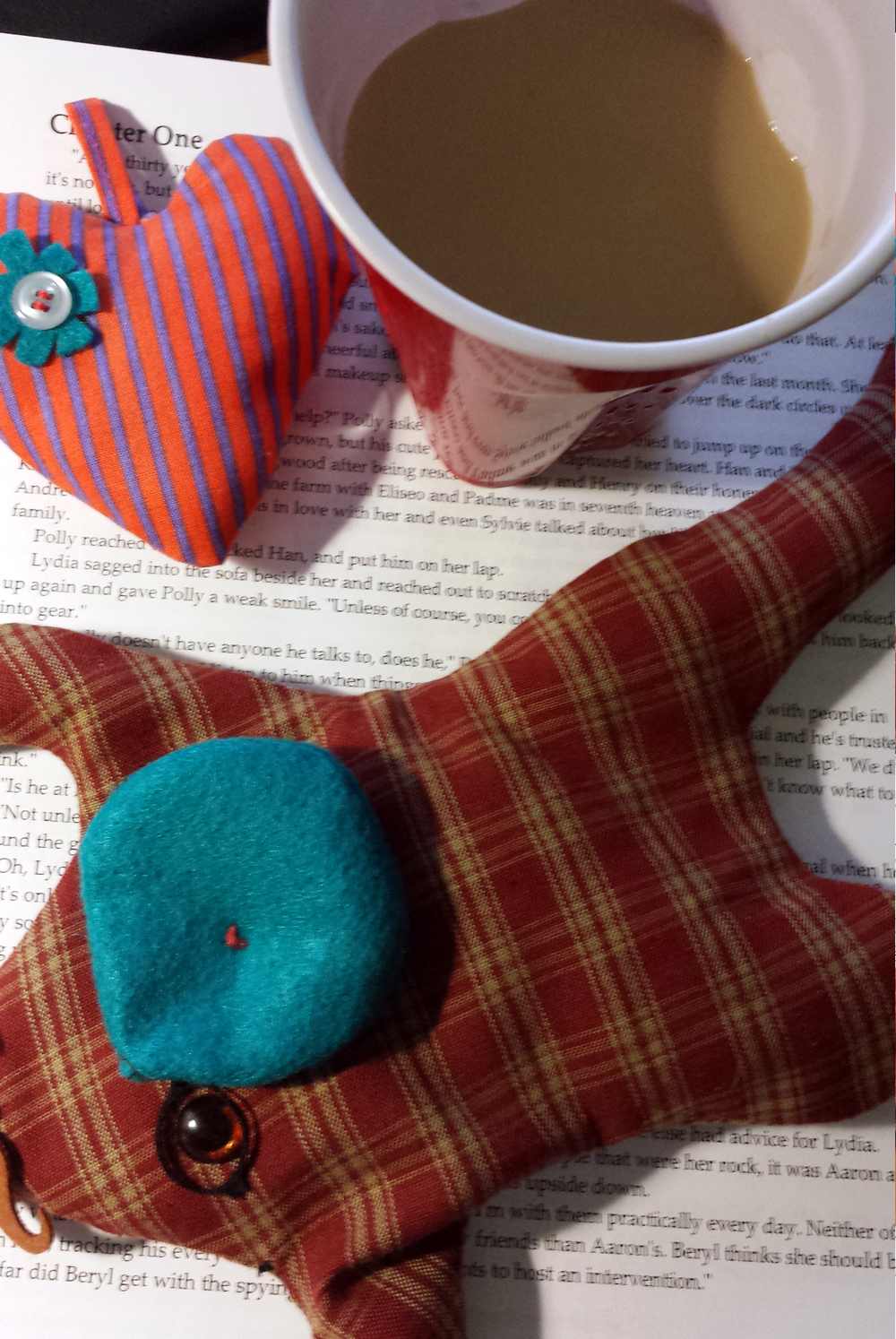 I woke up this … umm … morning (we’ll just call it that, it was a late night of writing – I mean four o’clock in the morning late. Those are my best nights) and realized how close I am to publishing Pages of the Past!

This last week I have been through the manuscript nine times … some quite quickly, some in other crazy ways and one major edit. I printed it out last night after finishing an edit and decided to take the night off. Well … from editing.

The stuffed heart happened. Monsieur Maurice Le Grenouille (that’s French for frog) occurred earlier this week in a moment of insanity. And yes, they’re only in the picture to frustrate you!

Today I read through the book in an entirely different format, knowing that it will be quite different from screen to paper. I take every opportunity to catch as many errors, changes, oddities, etc., as possible, knowing, of course, that something will be missed.

While I’m reading today, my house is going to smell amazing. This last week has been crazy busy and once I start in on a task, it’s hard for me to come up for air. I managed to get to the grocery store on Tuesday. They had a corned beef. My favorite thing, but this little store only carries them once a year. I bought cabbage, carrots and potatoes and since I am alone, didn’t worry about maybe being a day late for the celebration.

Well, it’s now Saturday and all of the vegetables are cut up and in the pot on top of the beef – it’s simmering away. Maybe I should be wearing green – but I’m not Irish, I just love the dish. The best thing is that I won’t have to think about cooking for several days again. Maybe a loaf of homemade bread for sandwiches – that sounds good.

Making a commitment to write one thousand words a day has been an extraordinary thing for me. Even when I’m too tired to think, I know that I can write at least that much. The best thing is that I rarely write that little. Once I get started, it’s difficult to stop … hence, the four o’clock bed times. I am flying through Book 10.

One thing I’ve been doing throughout the month of March is letting my mind wander and explore new thoughts and ideas for stories. Oh my goodness, I’ve had the best time with this. There are so many things I want to write, but this week all I can think about is finishing the book so I can get it out to you.

The first people who will know about the release are those who receive the email newsletter (sent out on the 25th of each month), so make sure you’ve signed up for it. I’ll announce it on Facebook and Twitter later on during the day.

Off I go with a red pen in hand. It’s going to be a fabulous weekend.